1. “Social commerce breaks through” Noting the lingering effects of “pandemic fears” on brick-and-mortar shopping locations, 2021 was described as “the year social commerce
actually stuck with consumers.”

2. Influencers hold more power with platforms Citing Jellyfish’s Stephen Warrington, The Drum said the maturation of social commerce channels—including Snapchat, Pinterest, TikTok and
“especially” Instagram—have allowed brands to “reach consumers where they are, rather than fret about where they aren’t. “With the emergence of TikTok as a major force in social over the last two
years, competition for influencer and creator talent between platforms has gained heat,” The Drum said. As a result, some platforms have been trying to “pry popular creators” away from their competitors by offering various perks. The dynamic illustrates the growing sway that influencers possess: “It has meant influencers – or at least, some of them – now hold more power than ever before, relative to the companies that host their content.”

3. “TikTok emerged as a viable advertising channel” Referring to TikTok as “Bytedance’s golden goose,” The Drum described the platform as “the biggest tech story of the entire pandemic.” Describing the evolution of its success, The Drum said that “in 2021, the platform began encouraging small and medium sized businesses to advertise to its millions of users, following the same path that transformed Facebook from a Palo Alto tech company into an imperial Silicon Valley
power,” with more plans on the horizon. 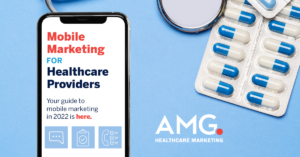